Should a single gay man postpone his happiness? 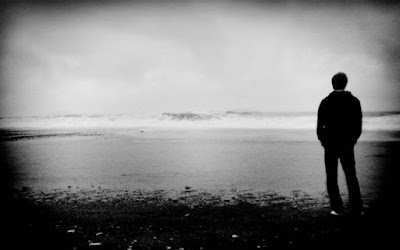 “Monogamous relationship is the only way of life. Either have a committed monogamous partner or die if you can’t handle your desires. Who will take care of you in old age other than your partner? God would have created someone for you, go find that someone fast and be committed. I hate people who change their boyfriends every month. What’s the difference between humans and animals, if we sleep with anyone and everyone around? Oh, God, when will I find my Mr. Right? I am sure this year, my Mr. Right will come and pick me up on his white horse. Marrying a straight girl is better than being single throughout life.”

This was precisely the kind of thinking I had a few years back. I was desperately looking to fall in love with the Mr. Right. I was so confident of my down-to-earth and adjusting nature that I thought I could make any relationship successful.  And I was not completely wrong. I did the same and made a successful relationship for as long as two-and-a-half years, only to finally realize that “Success doesn’t mean long lasting, success means being happy”.

It’s been almost a year now since my ex moved out of my house, leaving me with memories of agony, abuse, lies and cheating. I started to think, and fail to understand, why my Mr. Right was never right for me and why  I could not become his reason for living. I was confused whether to blame him because he did so or whether to blame myself because I was so blind and desperately waiting to fall in love and had made an utterly wrong choice. I did not forgive him, and cursed him for months, thinking that I was punishing him - only to realize that I was punishing myself. Usual phases of losing trust in love, followed with friends reminding me not to let him rule my life and change my opinions of love just because of one incident that happened.

Now when I started re-building my life as a single gay man out of a bad relationship, when I started talking to different kinds of people and heard their issues, I realized that my problems are not so big. At least not as big as,

“Problems of a closeted gay man who is entangled in a hetero-sexual marriage, unable to cope up with the pressure of being monogamous to someone whom he doesn’t get attracted to,

Problems of a gay man whose parents keep making him sit on yagnas to remove his gay evil,

Problems of a gay man who is unable to overcome the fears of HIV even after multiple tests which always showed negative, years after the partner whom he slept with reported positive,

Problems of a straight wife to a gay man, who struggled years of her life going to beauty-parlors to make the husband show some interest in her,

Problems of a closeted gay man, who comes to know that his sister’s fiancé is someone whom he slept with,

Problems of an open gay man, who is unable to accept the fact that his US-settled-brother was ok with his white friends being gay but not his own brother,

Problems of a married gay man, who comes to know of his HIV positive status only through his wife’s pregnancy test during their second child’s birth,

Problems of a gay boy who has no one to come out to because of his separated parents and  their respective not-so-friendly spouses,

Problems of a gay man who curses his highly educated professor parents, for not having understood and accepted him, unlike his close friend’s less literate parents”.

True. My problems are not as big as theirs. My problem of not finding my Mr. Right is nothing compared to the horrifying stories that I hear from many. But the problem is not small as well.
Then comes this thought. Whether or not there exists Mr. Right, whether or not I believe I can have my love life, why should I link my happiness to Mr. Right? Why should I postpone my happiness to only after finding a Mr. Right? Why can’t I have a stable, happy life, without Mr. Right involved in it?

Being a natural lover for mathematics, I thought what is the probability of other bonds being stable than just the romantic partner bond. Aren't those bonds equally stable if not more compared to a bond with a Mr. Right? No, I am not ruling out the possibility of finding Mr. Right, nor do I completely believe that only romantic relationship is the way to go. I am just trying to live a happy stable life, without waiting for Mr. Right to come and make me happy.

I find happiness and stability in the bonds that I emotionally invested in last one year. The gay sister, the gay mother, the gay friends, the gay judwa brother and a big whole family of people who trust me and whom I trust, who confide in me and whom I confide in, who help me and whom I help, who take turns to stay with me in the hospital when I am ill, who look forward to me whenever they are in trouble.

Yes, I am coming to your point of what if they leave me. Well, Anything can happen, and I am ok and prepared for it. After all, I am a fool if I still don't realize that there is nothing called 'forever' and it is 'change' that is constant. And even if I find my Mr. Right, obviously he will be a part of my family too and I will be a part of his family, if it exists.

So instead of choosing to wait, wait and wait to find my Mr. Right, postponing my happiness forever, here I choose to invest in those bonds which make my life memorable.
Posted by Srini Benguluru at Saturday, November 10, 2012